Wow, what a whirlwind of a week it’s been! I’m happy to report that — aside from an audio problem in the theatre in which we screened — our screening on Monday night was a success! Our hustling all weekend to promote the film and get the word out about the date and time resulted in a really good turnout… one of the best turnouts in a shorts block that we saw. And we received lots of great feedback following the screening from a variety of folks. Thanks to all who came out to support!

On a rather amusing side note, one of the many audience members was apparently the writer of a blog called Gorno Blonde. And after watching the film, he listed our very own Heather L. Tyler (Judith) as one of the Sexiest Actresses of the 2014 AOF Festival. We should all celebrate this acclaim for Heather… as it might very well be the only time my name is ever associated with a “Sexiest People” list. But in all seriousness, congrats Heather!

And, finally, the proof we were there and having a good time, here’s a lovely photo of me and Eric mere minutes prior to the screening: 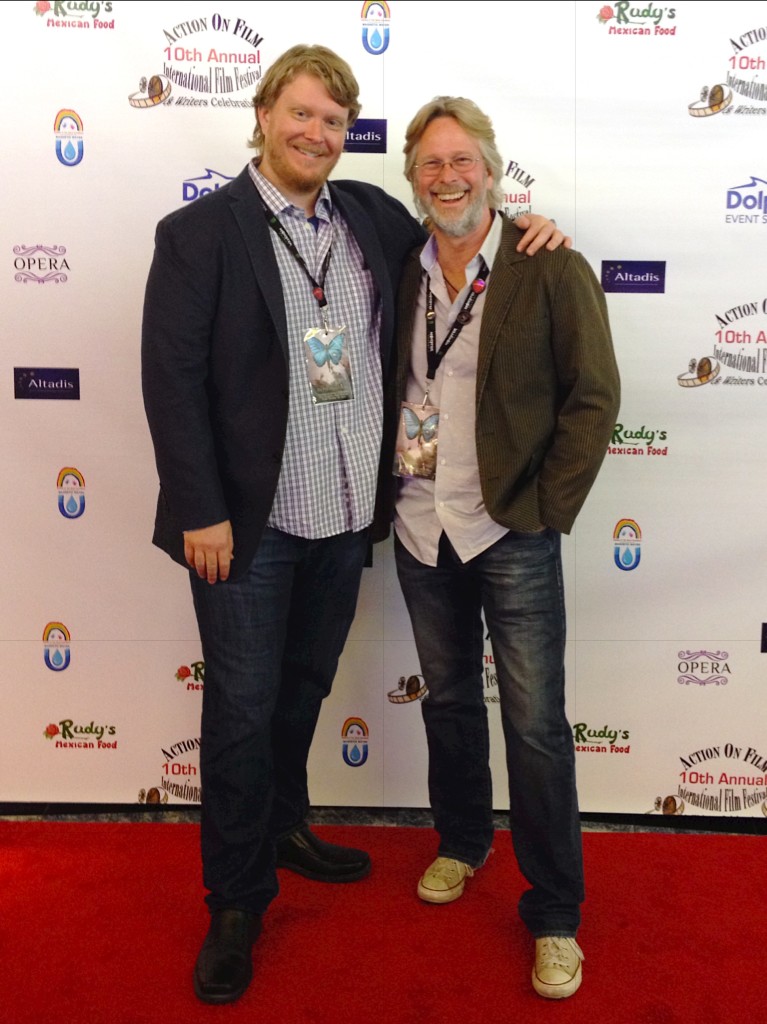