The last couple weeks have been spent almost entirely gearing up for the Kickstarter video shoot, which took place earlier today. It was a quick (and hot!) four hours, but we had some good fun doing it. Huge kudos and thanks to the cast who volunteered their time to help this great cause:

And a special thanks to Jane Wilson for bringing this talented group of thespians and comedians together.

No rest for the weary. Now off to edit. The campaign launches in just three short days! 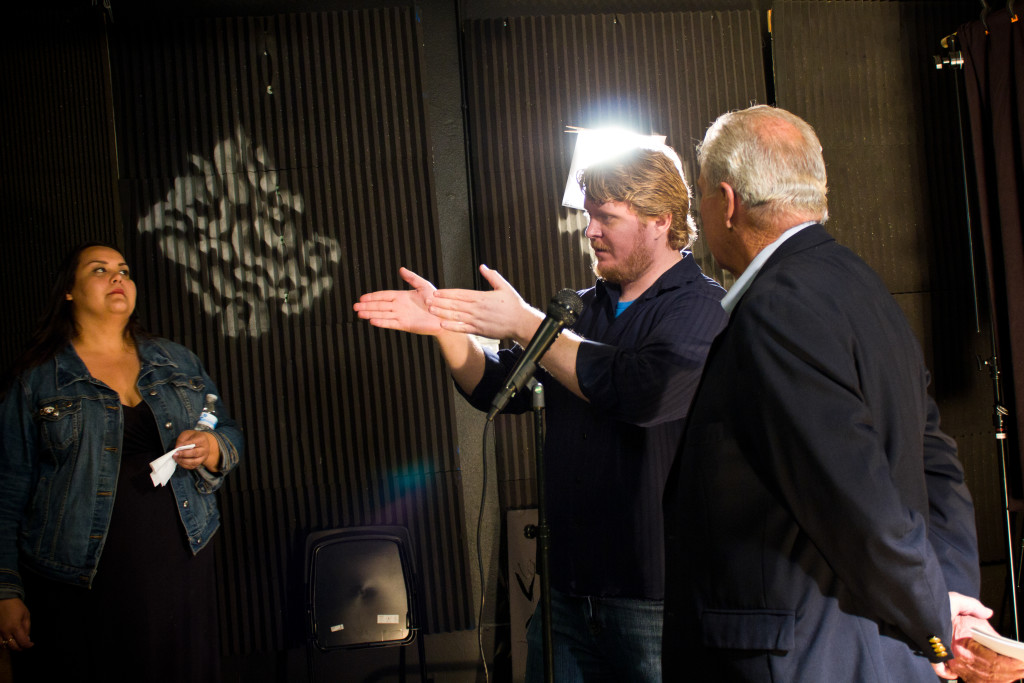 Working with Peter Jason on the set of the Kickstarter Video shoot.